Artwork in the South Reading Room 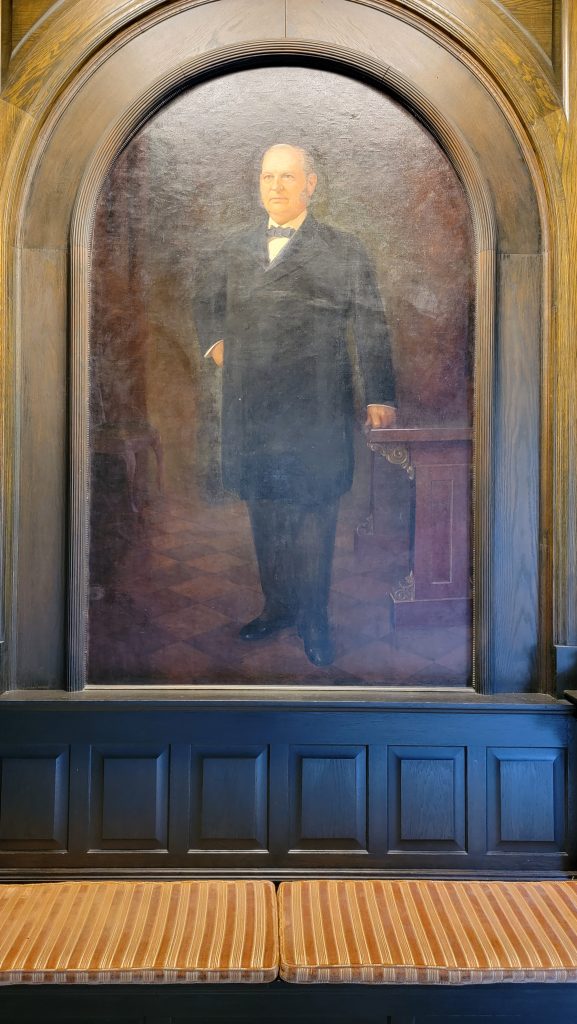 This full length portrait of former Governor Roswell P. Flower was presented to the library by his daughter, Emma Flower Taylor. The painting, created by Charles Frederick Naegele, is seven and a half feet tall. The space that it occupies was once a doorway connecting the room to the workroom behind it. When the painting was first brought to the library, however, the space was found to be too small and the surface had to be enlarged! 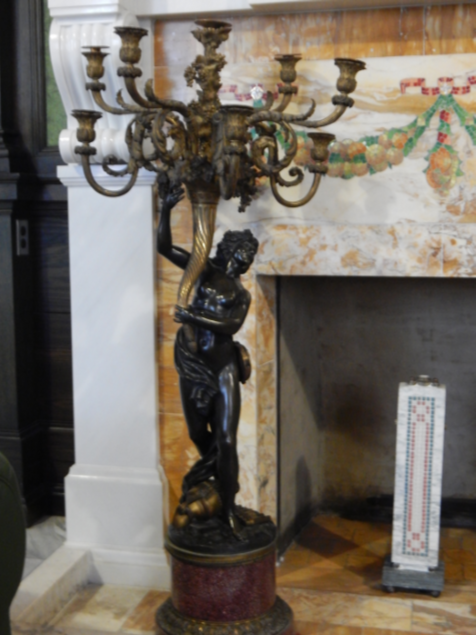 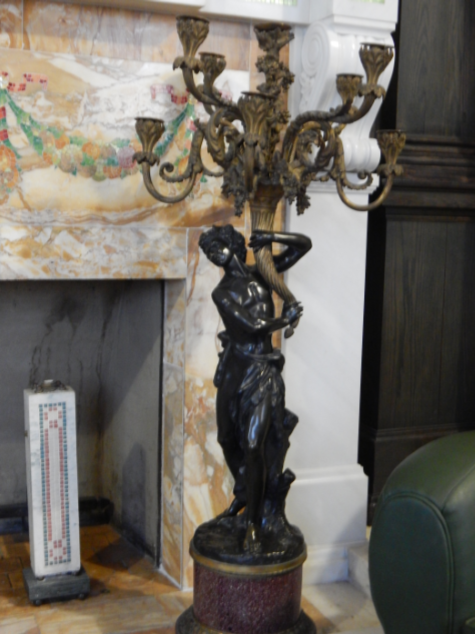 Unfortunately neither candelabra has a signature or any other identifying features that allow us to determine an artist responsible for their creation. It has been determined that they are from France in the 19th century.

One candelabra is of a male figure and one of female. Each has a marble base and vintage decoration, and are finished in a dark bronze patina. Both are holding a gilded bronze cornucopia from which extends nine candle arms – one in the center and eight surrounding it at different levels. Bunches of grapes and grape leaves hang from the top edge of the cornucopia, and the candle arms are decorated with acanthus leaves and bunches of grapes as well. Four of the arms are also decorated with the heads of birds of prey. The male figure rests against a tree stump, while the bare-breasted female figure sports a golden tambourine at her waist and a golden wine ewer and reed flute at her feet. Each candelabra is mounted on a red stone plinth which features cast bronze moldings. The candle cups on the male figure are slightly different from those on the female figure.