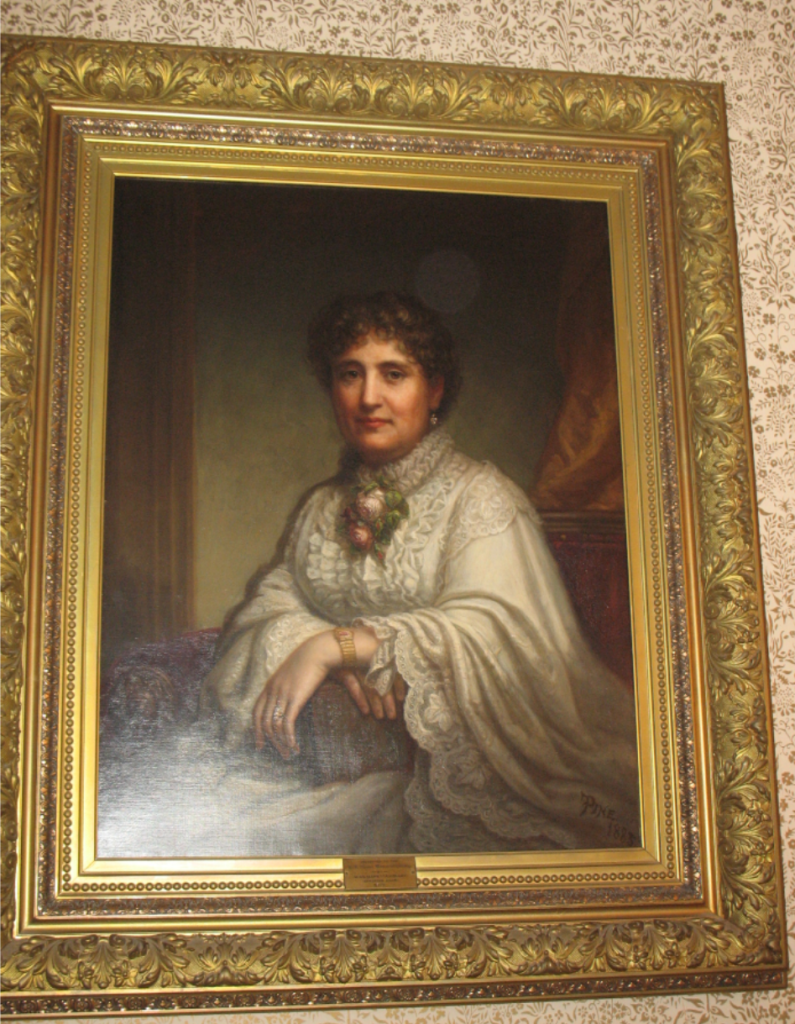 Marietta Holley was born in Jefferson County in 1836 and was a resident of Pierrepont Manor when she passed away in 1926.

Holley was an American humorist who popularized women’s rights using the name ‘Josiash Allen’s wife’ and Samantha Allen. She wrote over twenty books using rural humor to sarcastically discuss feminist views. She was a friend and correspondent to Susan B. Anthony. During the height of her career, she was called “The Female Mark Twain.” 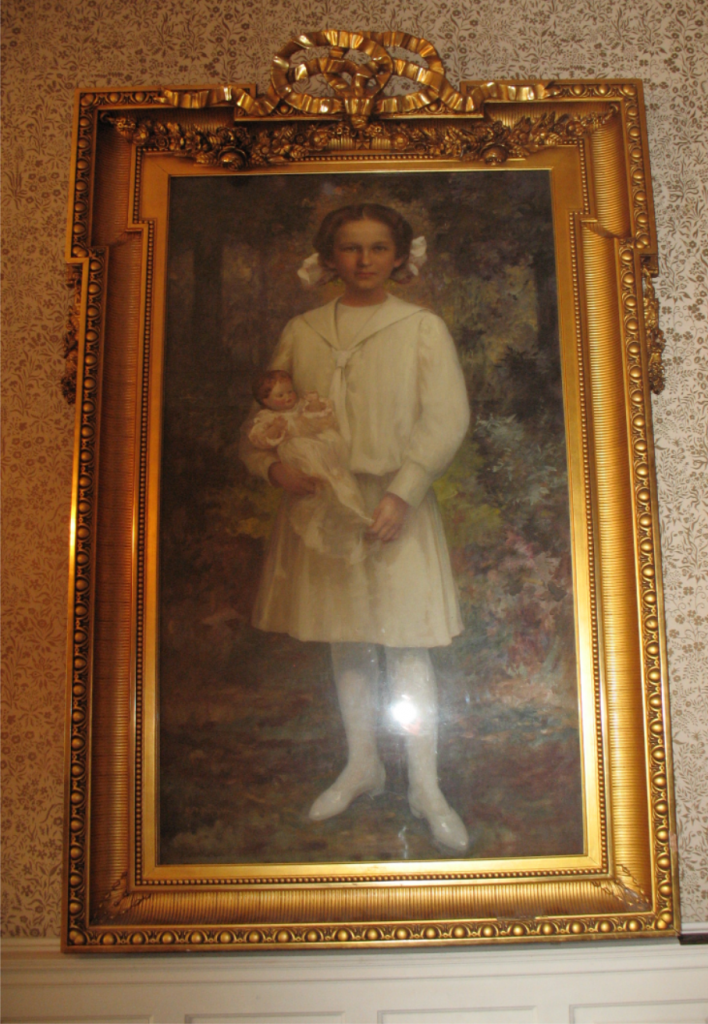 This portrait of Ellen (Madeline) Rice was created by Charles Frederick Naegele. Ellen Rice died from rheumatic fever soon after this painting was completed. The painting was given to the library in 1953 by Mrs. Kent Rice of Adams.

Artist Frederick Naegele was a portrait and figure painter that was born in Tennessee in 1857. Naegele was the artist in charge of most of the interior decoration of Flower Library. The noted artists also personally completed many of the portraits and panels decorating the library but left Watertown in 1916. 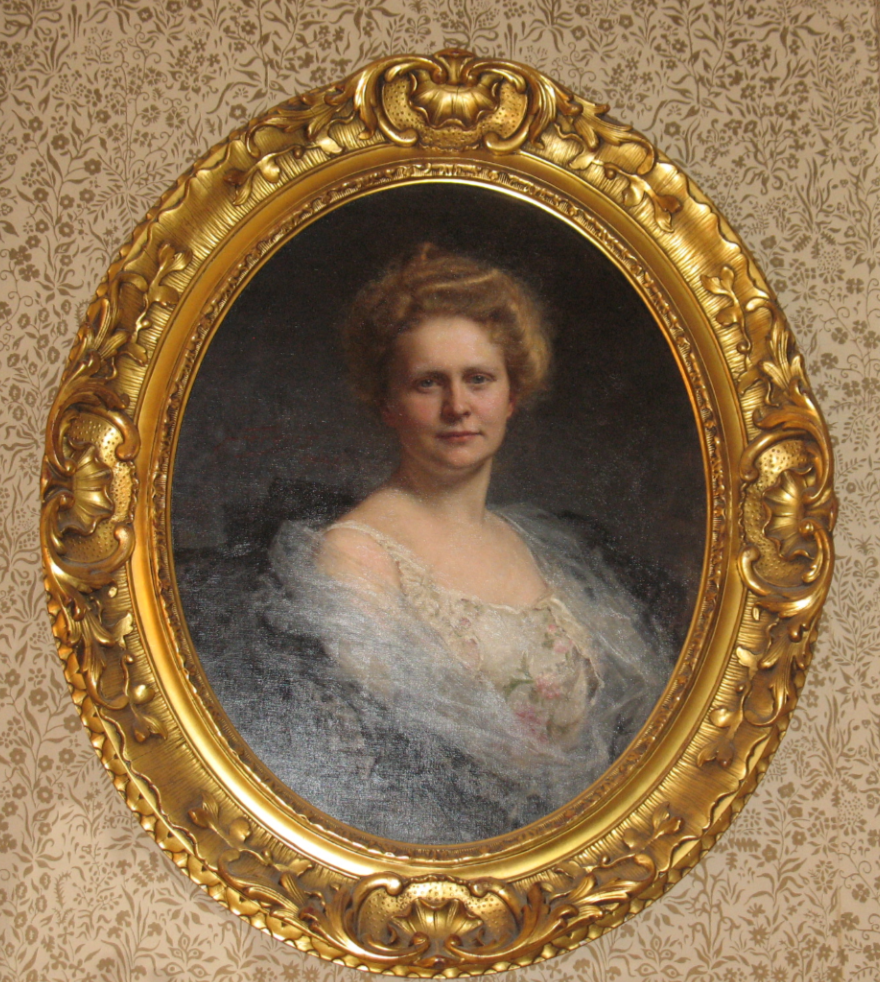 There is some disagreement as to the artist of this portrait of Emma Flower Taylor. In the book Ella’s Certain Window, it is stated that Taylor’s friends commissioned Ella Condie Lamb to complete the portrait. However, the painting is actually signed ‘Ferraris, 1902’ just to the left of the subject’s head.

The artist Arthur Von Ferraris was born in 1856 in Hungary. He traveled all over the world and made several trips to New York city where he achieved a certain social status for having painted the portrait of John D. Rockefeller. This is almost certainly where he painted Taylor’s portrait.

Emma Flower Taylor was the only surviving child of Roswell P. Flower. Flower Library is an example of her generosity to the City of Watertown. 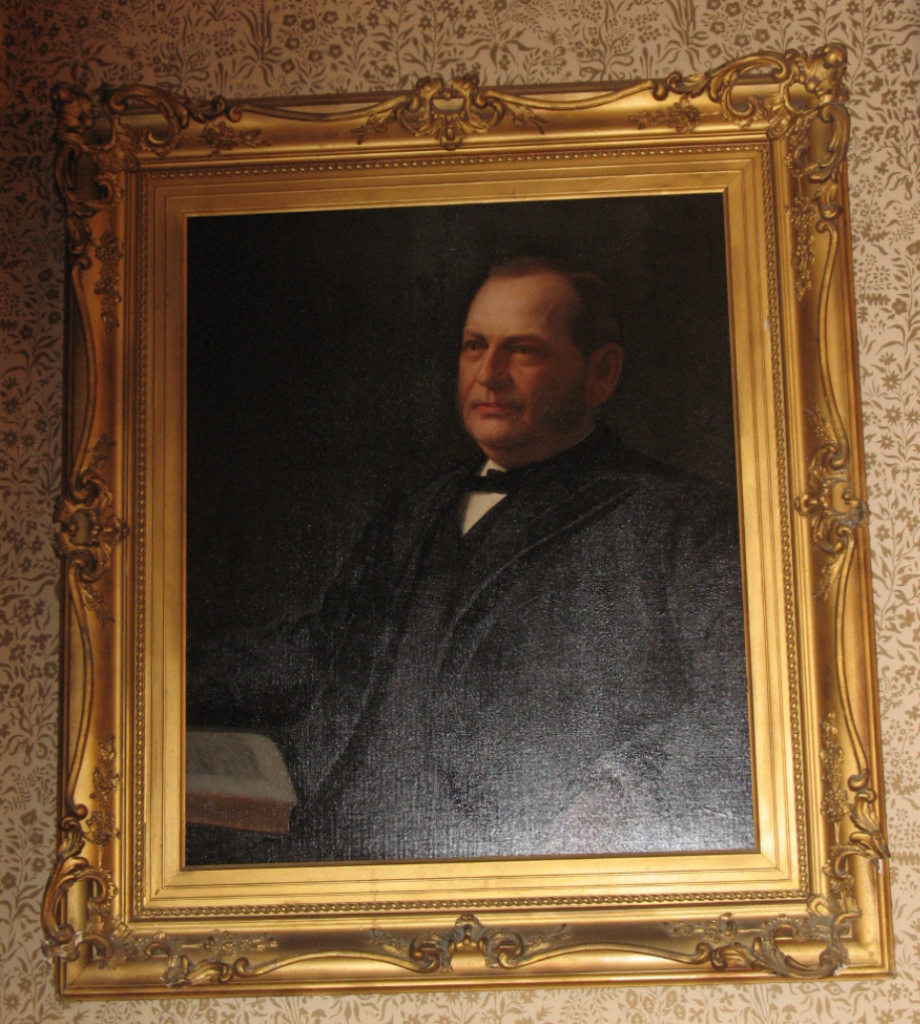 This painting of Roswell P. Flower was created by Theodore Gegoux.

Theodore Gegoux was a French-Canadian who immigrated to Clayton, NY to live with his older brother after the death of their father. As a child, he was reprimanded for defacing books with his sketches. One day in 1873, the proprietor where he worked asked him to fetch the local sign painter. He replied “let me paint your sign.” The sign became the talk of the town and launched Gegoux’s career as an artist. Later in his career, Gegoux had a studio in Watertown and a summer cottage at Point Vivian.