Artwork in the Community Room and on the Main Floor

A Child Shall Lead Them 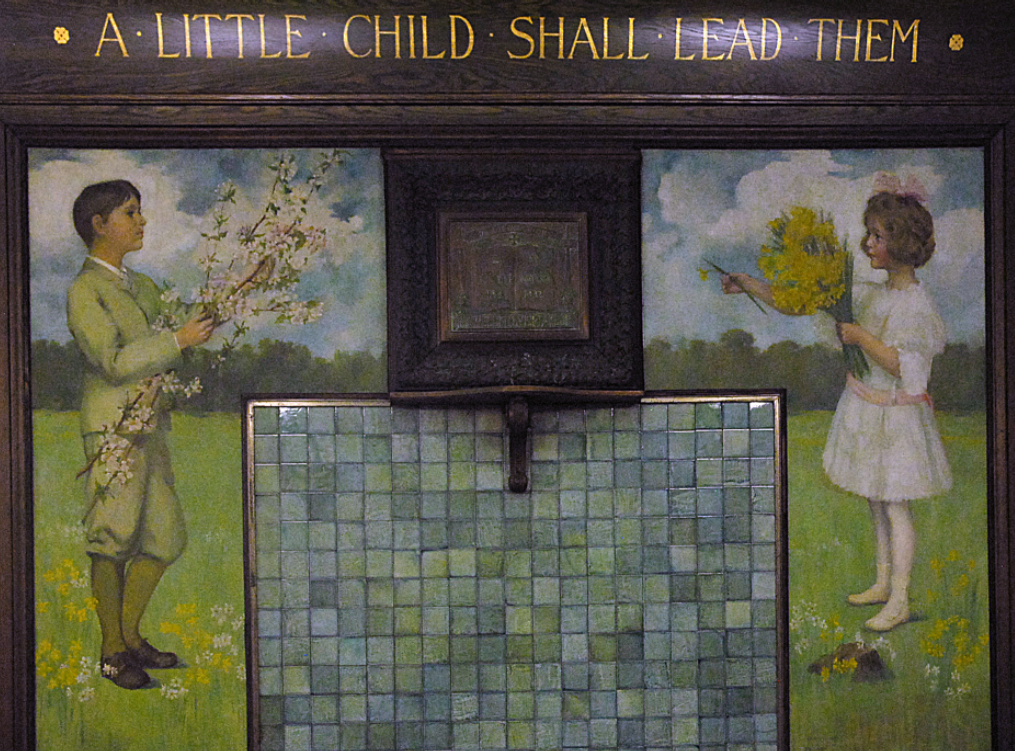 Emma Flower Taylor lost her first son, Roswell, in infancy in 1892 from tonsillitis. She was devastated by his death. The murals “Open Book” and “A Child Shall Lead Them,” which you see here, were painted by Ella Condie Lamb and included in the library’s artwork in remembrance for her son. Lamb was a friend of Taylor’s.

There is a brass plaque above the fireplace in the original children’s room (current community room) in memory of Taylor’s son, Roswell Flower Taylor, who was born on October 11, 1891 and died on May 30, 1892.

Taylor later had another son and everyone wanted her to name him Roswell as well. But in a letter to her cousin she said “we have found that it is going to be a perpetual sorrow and reminder to us of the little one whom we lost.” So she named this son Frederick. Frederick was followed by a daughter, Rosemary. Taylor did have another son after Rosemary which she did name Roswell after her father.

Baby Roswell’s sister and brother are depicted in the mural above the fireplace holding flowers. In the language of flowers, these stand for love and remembrance. 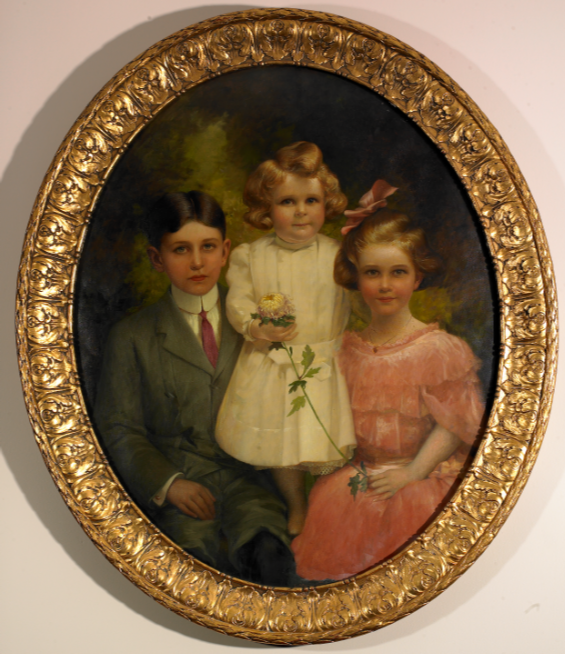 This painting, located near the current circulation desk, depicts Emma Flower Taylor’s children Frederick, Roswell, and Rosemary. It was created by Charles Naegele. In 1981, an antique dealer in Watertown had the painting and offered it for sale to the library for $3500. A fundraiser was held to purchase the painting for the library. The child in the middle is a little boy.